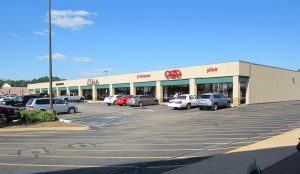 “Our favorite holding period is forever.”

“Real estate cannot be lost or stolen, nor can it be carried away. Purchased with common sense, paid for in full, and managed with reasonable care, it is about the safest investment in the world.”

“Opportunities come infrequently. When it rains gold, put out the bucket, not the thimble.”

Enter an address or zip code and click the "Find Locations" button.
view all properties

News from the shopping center industry

Retailers are opening far more stores than they are closing, according to a report by IHL Group, which challenges the notion that physical retail is in decline. In an article written by Edmund Mander for Shopping Center Today he interviewed Greg Buzek, founder and president of IHL Group who shared his insight on the industry.

There have been negative reports that there is a so-called "retail apocalypse" occurring which makes for a great headline, but it's simply not true. "Without question, retail is undergoing some fundamental changes," said Buzek. "The days of 'build it and they will come' are over. However, retailers that are focusing on the customer experience, investing in better training of associates and integrating IT systems across channels will continue to succeed." According to Buzek roughly 4,000 more stores are opening than closing among big chains, and when smaller retailers are included, the net gain is well over 10,000 new stores.

Learn More About Our Company

FMOC, Ltd., affiliates have added Premier Plaza to the portfolio. The latest acquisition is [...]

$0
Profits to Investors to Date
Go to Top